The Frederick High School Student Section, officially named Sabre Nation in 2009, is the student fan cheering section that supports its Frederick High’s athletic teams at sporting events.  Sabre Nation usually remains standing throughout the game, the section performs a number of different group actions, including chants, songs, gestures, dances, and the use of props. Some of these actions are passed down, while others are completely spontaneous. While some student sections come under scrutiny because of their behavior, Sabre Nation has been commended on multiple occasions for their sportsmanship. 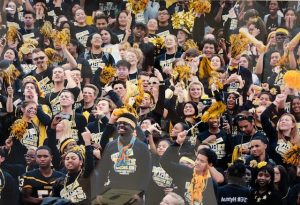 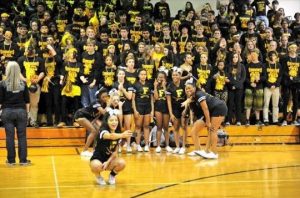 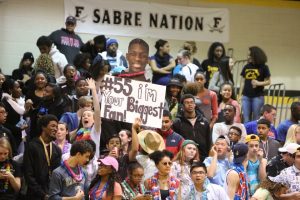