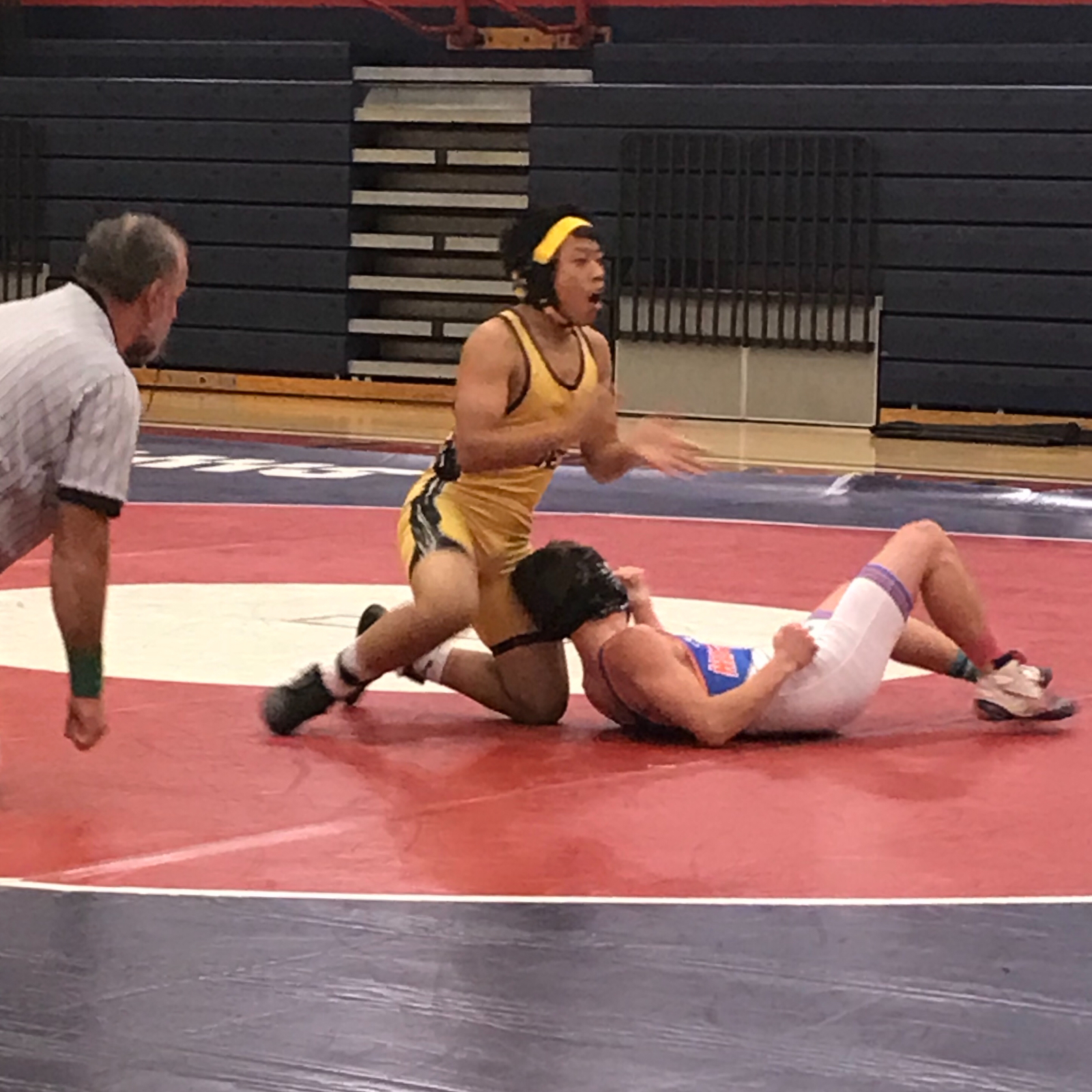 In the first match of the evening senior Jared Colwell and freshman Alex Raines earned pins against the Warriors. Senior John Yang and junior Randy Samayoa each earned wins for the Cadets on points.

In the second match Frederick would top crosstown rival Thomas Johnson for this years Intra City Title. Colwell again earned a pin for FHS along with fellow senior Chris Baidoo. Frederick also won a number of matches by forfeit against the Patriots.

Frederick’s record now stands at 9-3 on the season.