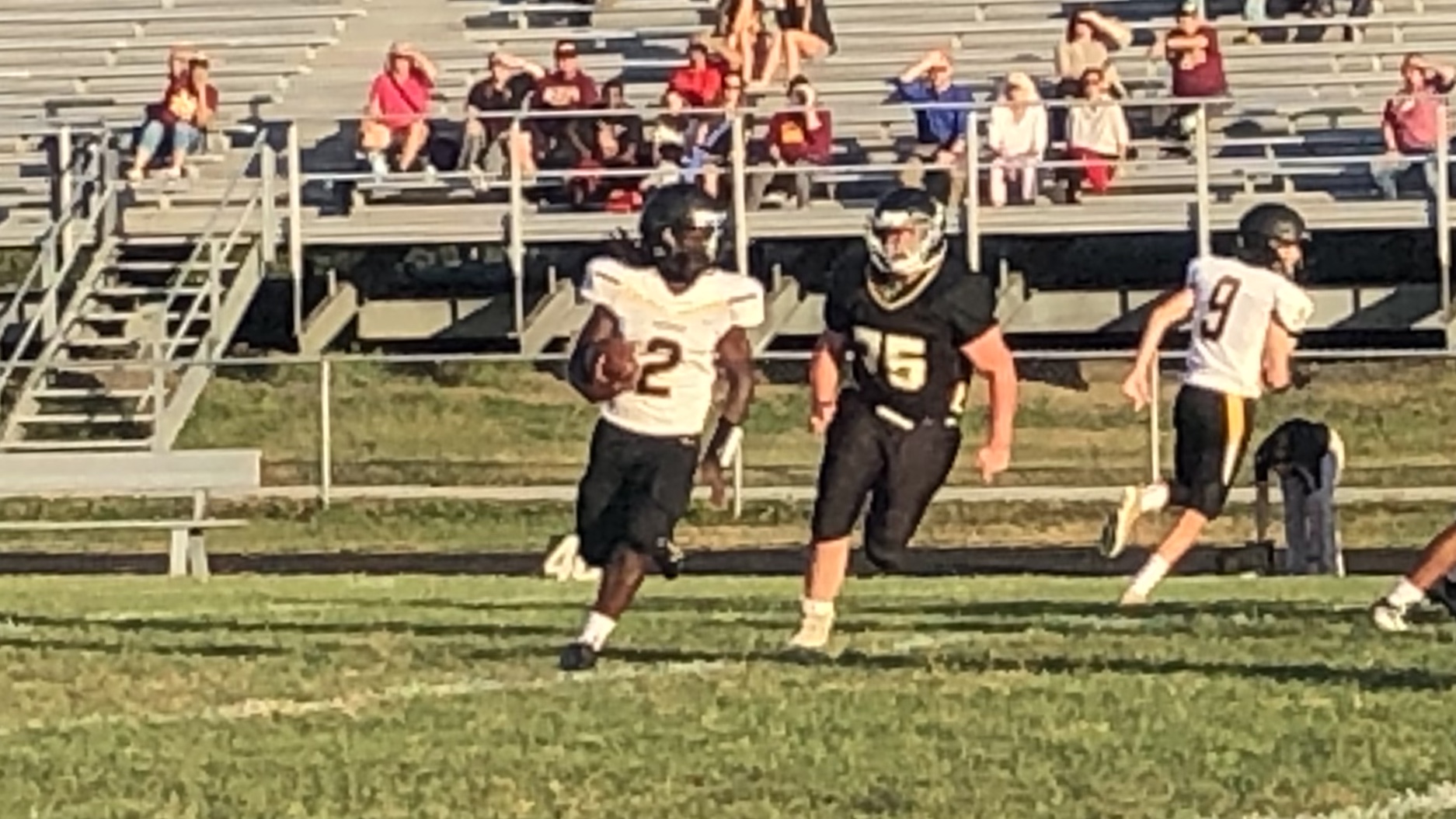 Just before halftime of Wednesday’s Jv football game, Freshman Aziah Benson took a Brunswick punt at the 40 yard line cut to his left and raced 60 yards for a Cadet touchdown. Benson’s return opened up a scoreless ball game and propelled the Cadets to a 22-14 win on the road.

Coming out of the halftime break, Brunswick would tie the game at 6 all. The Roader score ended the Cadet defense’s string of 9 straight quarters without surrendering a point.

On the Cadets ensuing drive quarterback Ben Schattenberg would score on a 3 yard touchdown run. Benson would add the two point conversion to give FHS a 14-6 lead going into the 4th quarter.

Following a botched Roader punt, freshman running back Joshua Hayward would get into the endzone from 4 yards out. Benson would once again provide FHS the two point conversion.

Brunswick would score again late on a long touchdown run, but Frederick would hold on for the 22-14 win.