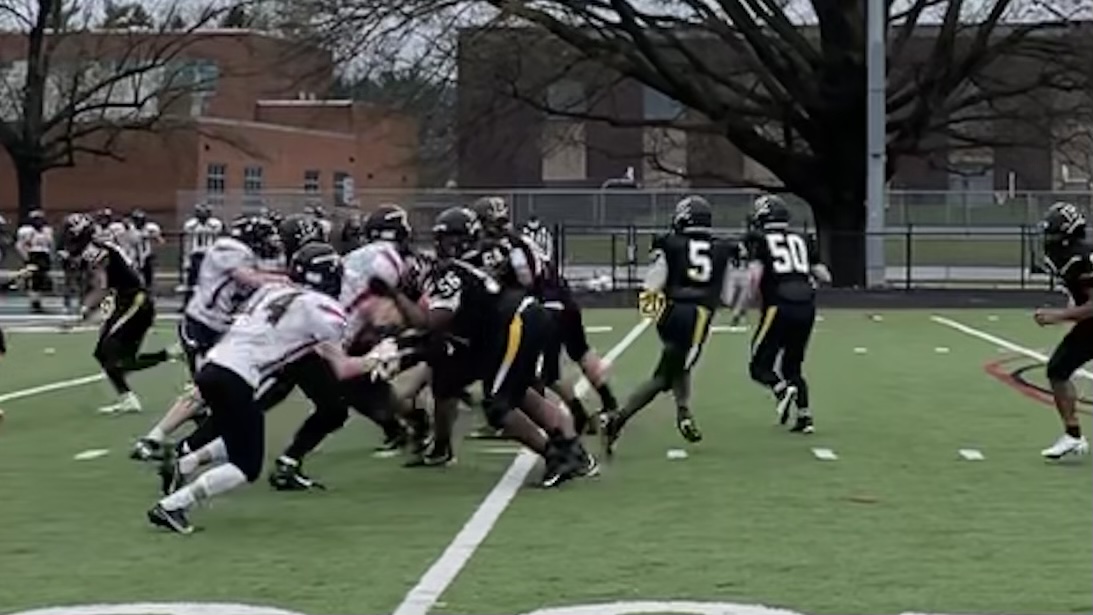 The Lancers took a 27-0 lead into halftime before the Cadets rallied in the second half and turn the remaining 20 minutes into a duel.

Frederick would win the second half 7-0. Markelle Lewis scored on a sweep behind blocking by Abdul Pyne-Bailey and Ryan Hove.

At halftime the Cadet’s coaching staff challenged the team and they responded to the challenge of winning the second half.