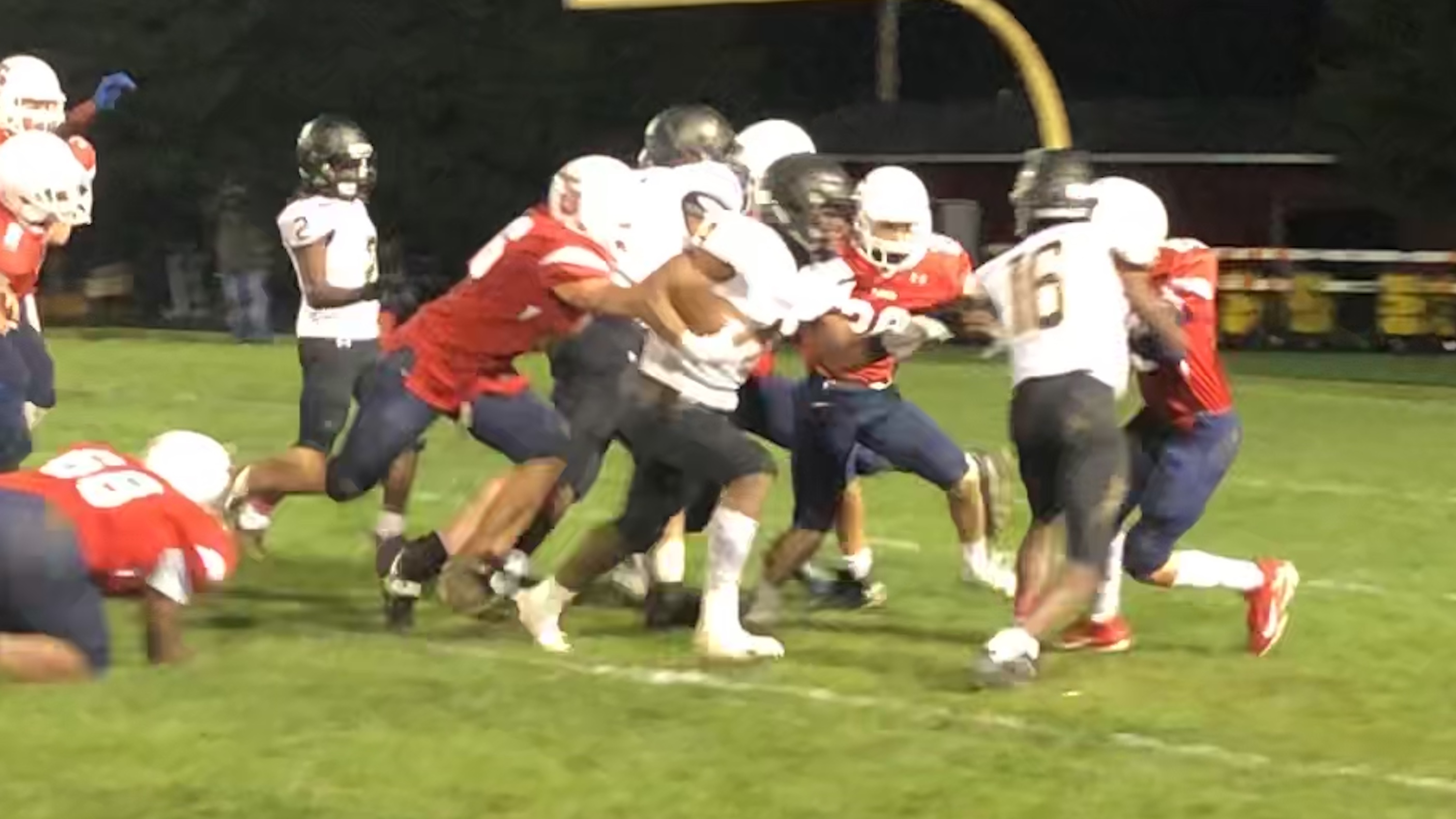 Frederick High School’s Jv football team racked up 343 yards on the ground Friday evening, all while scoring 4 rushing touchdowns in route to a 40-18 season finale win over Thomas Johnson.

Chris Metevia had the bulk of the Cadets carries, the sophomore rushed for 206 yards on 16 carries and scored 3 touchdowns.

Quarterback Ben Schattenberg added 104 yards on the ground and recorded a rushing touchdown of his own. The sophomore also threw for 89 yards which included a 29 yard touchdown pass to Travon Neal.

Neal, a freshman also stepped up on defense for FHS. In the first quarter he intercepted a TJ pass from his corner back position and raced 64 yards down the sideline for Frederick’s second score of the evening.

Frederick’s defense was overall dominant, stopping TJ in their own backfield on 11 tackles for a loss.

The Cadets only gave up scores to the Patriots following a long TJ kickoff return, a broken play at the end of the first half, and on a Thomas Johnson trick play.