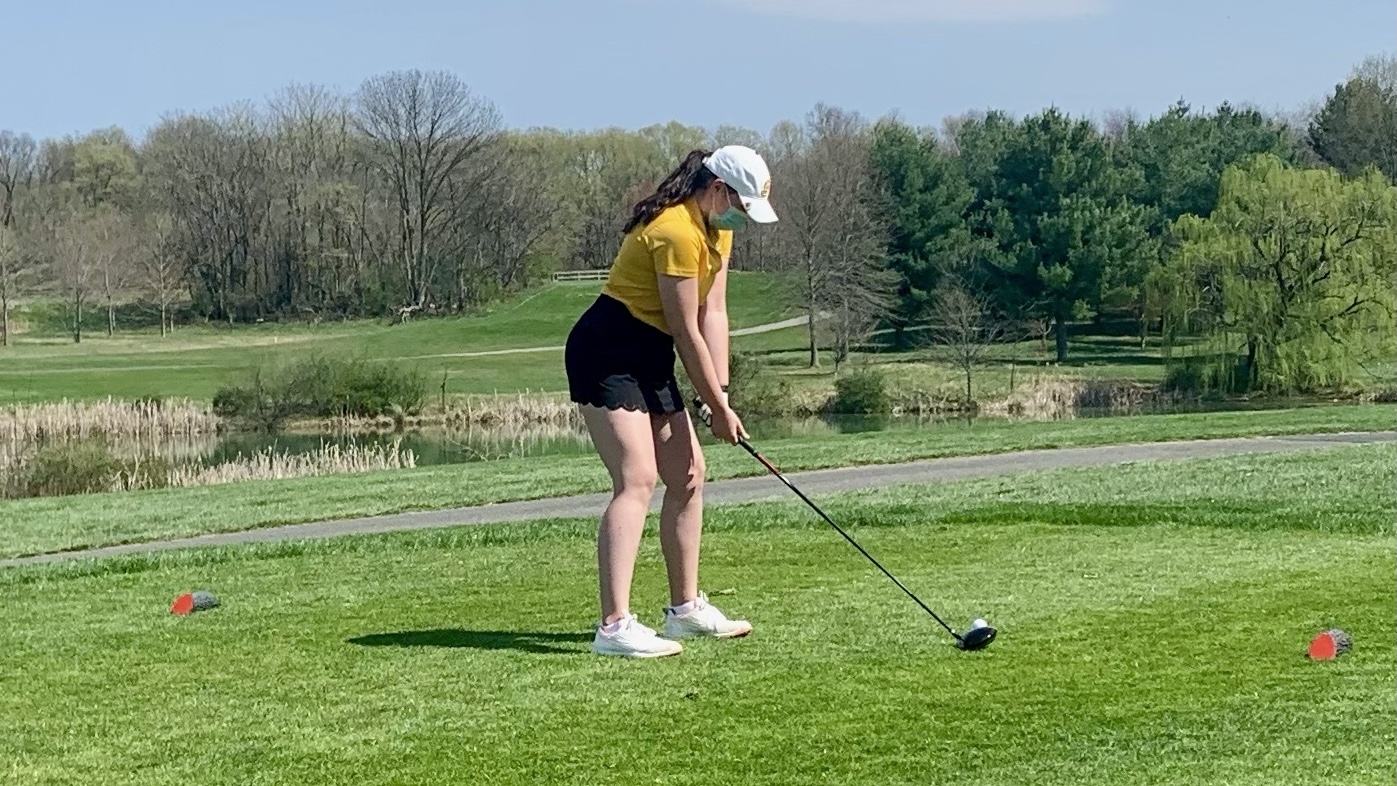 The Frederick High golf team once again reached a new plateau in their competitive quest in a County filled with strong competition. The Cadets shot a season low 240, a score that sits 16 strokes better than which they shot against Linganore the first match of the season. FHS achieved this commendable result behind Allison Ward who shot a season low 52, a score which also represents a team best for the season.

“I’ve been saying for the last two weeks that Allison and Kendall Ward are ready to shoot a 54. The last match, Kendall broke into the 50’s and today Allison announced her presence in the club” Coach Motter enthusiastically pointed out. He went on to add, “I couldn’t be happier with the way Allison played today. She fully committed to trying to average a 6 on every hole, something we are trying to achieve as a team. She has bought in, as has Kendall, and now what I’ve taken notice to is that Aidan (Wellen) and James (Hensley) are now ready to step into the 50’s. This group of four has worked so incredibly hard and are no longer accepting ‘average’ as their norm – rather they are believing in their abilities to compete and expecting more of themselves… Essentially, the bar has been raised and it’s no longer just me thinking that they can reach it. We are building a solid foundation for not just the end of this season, but for next season and those to follow. I literally could not be more proud of these four wonderful student athletes.”

When asked about what the future potential may be, Coach Motter, with a huge smile, said, “Kendall made a comment today, after the 5th hole, that ‘she wasn’t playing well’ and I challenged her to fight back and regain control of the round. She did that and finished the round with a great bogey, among other awesome shots in those final four holes. Her game is solidifying and I know that she will finish the season strong. On top of all this, Aidan and James are hitting shots that are not only impressing me, but they are now recognizing that it’s within their reach to score in the 50’s. They know what their bad shots have looked like, but more importantly they are now recognizing that they can hit the good shots and that this can become their new norm. This kind of stuff rarely happens as quickly as what it’s happening with this group. I mean Allison literally just brought the 40’s into the mix. I was hoping that would be ‘a thing’ next season and she just stepped up and essentially said, ‘Coach, let’s start talking about it now!’ Belief is a funny thing and I’m most certainly ready to walk this great journey with these fine Cadets.”