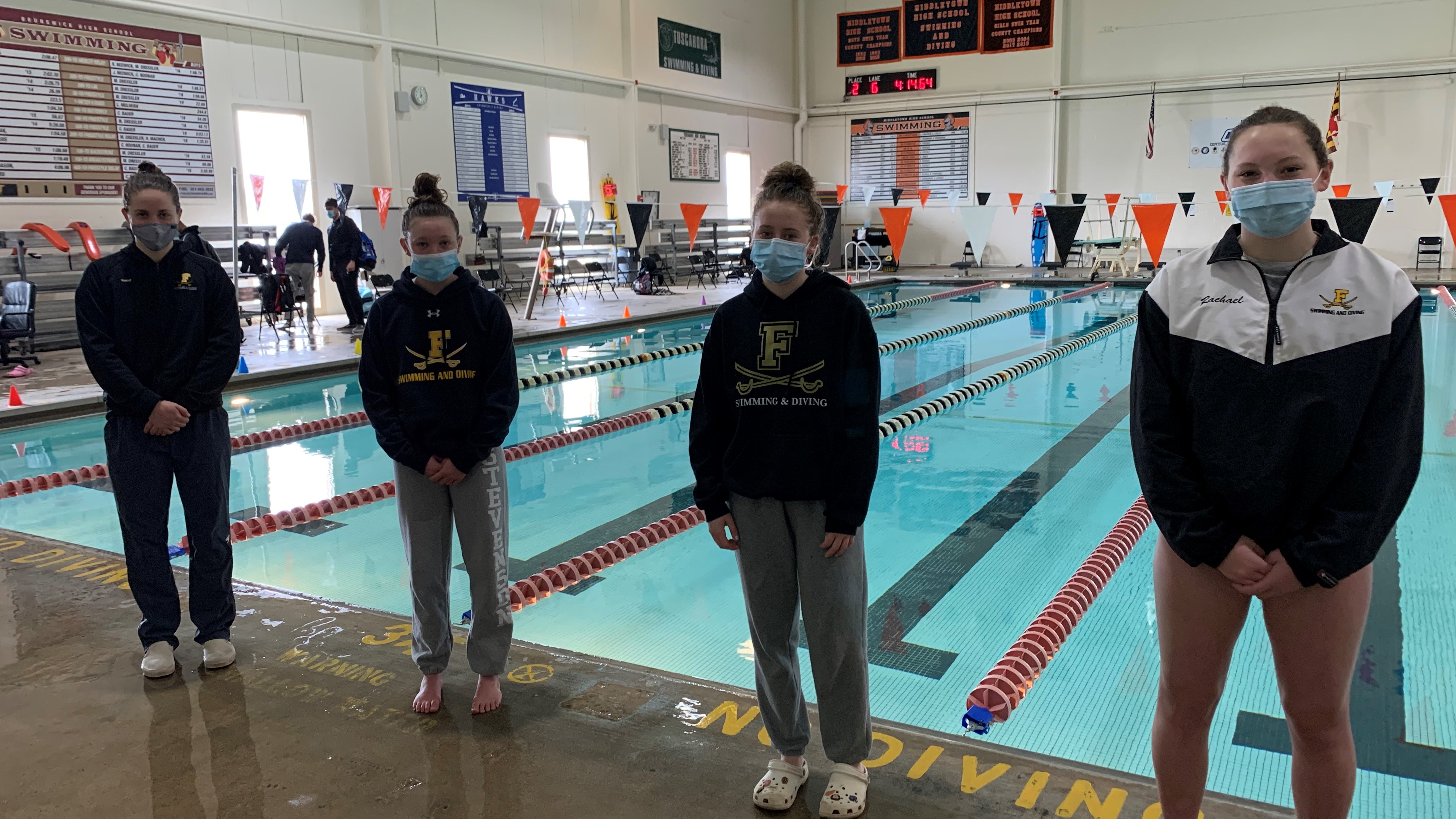 The swimming record board for Frederick High School might as well be converted to a dry erase board at this point. Just two meets into a shorted season and six records have already come crashing down, two of those records were erased on Saturday as Frederick played host to Linganore at Middletown’s pool.

Meghan Cole who set two new records for FHS on Wednesday evening once again contributed to two on Saturday. The first was in the 200 IM really. Cole teamed up with junior Rachael Bostian and sophomores Sidney Tucci and Samantha Fulton to eclipse the Cadets previous mark of 1:58.1 set back in 1998 with a new mark of 1:57.40.

The four Cadet really team members would claim victory in the 200 free really.

On the day Cole was the leading scorer for FHS with 12 points, Bostian had 10 with Tucci adding 7. Fulton would score 5, Alex Mitchell 4, Caroline Gregory 3, and Meghan O’Driscoll rounded out the FHS scoring with 1.

In the end a deep Linganore team defeated the Cadets 111 to 54.