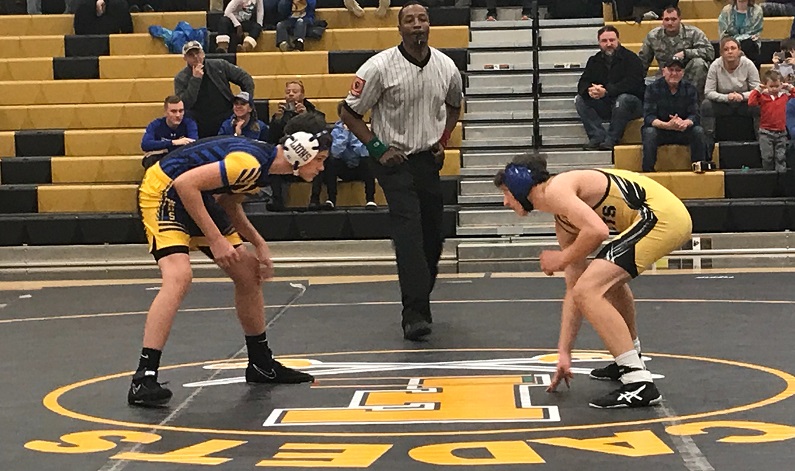 The Cadet varsity wrestling team ended this weekends Clash at the Coliseum Tournament in 2nd place as a team Saturday. Frederick the host school finished the two day tournament with a 7-1 record, their only loss coming at the hands of eventual tournament champions Chesapeake. Chesapeake would go 8-0 for the weekend.

This was the inaugural year for the Clash at the Coliseum Tournament held at Frederick High School’s Sabre Center. Frederick would like to thank all of this weekends teams, coaches, officials, and especially volunteers who helped make a great weekend of wrestling possible.