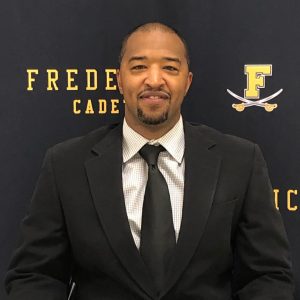 Emonte Hill was named Frederick High School’s 23rd Head Boys Basketball Coach on April 29th 2019. A 1997 alumni of FHS, Tay was a three time all-conference and all-area guard for the Cadets under Head Coach Tom Faska.  Hill still currently ranks first in career assists(361) and fifth in career steals(165) for the Cadets. Following his time in the black & golds’ back court Hill played his first two years of collegiate basketball at Frederick Community College where was named the team’s Most Valuable Player. He also earned recognition as a National Junior College Athletic Association All-American. Following his career at FCC, Hill went on to become a two-year starter for USC-Spartanburg and as a senior finished 16th in NCAA Division II in assists per game. He closed his career with the Rifles ranked fourth in school history in assists per game (4.51) and ninth all-time in career assists (248) despite playing just two seasons. Hill earned a degree in Interdisciplinary Studies with concentrations in physical education and business from USC-Spartansburg in 2002.

Emonte began his coaching career with USC-Spartanburg as a student assistant for the Rifles. From there he would go on to become an assistant at Hood College as the Blazers were starting their men’s basketball program. Following his 10 year tenure as an assistant at Hood, Hill would be named Head Coach of the Frederick Community College Cougars Basketball Program.Hill would spend the last seven seasons as FCC’s Head Coach. During that time Hill would transform the Cougars from a 3-21 team in his first year to a 22-8nationally recognized team the following season. The Cougars captured the MD JUCO conference championship in the 2014-15 season as Coach Hill was named MD JUCO Coach of the Year. In 2015-16, Coach Hill led the Cougars to the Region XX championship and earned the school’s first ever National Tournament appearance. This past season Coach Hill lead a Cougars team which feature several former Frederick Cadet student-athletes once again to the MD JUCO conference championship game. 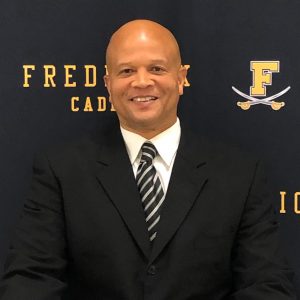 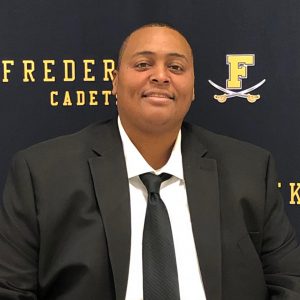 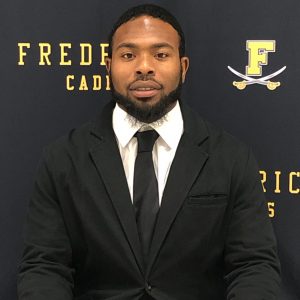 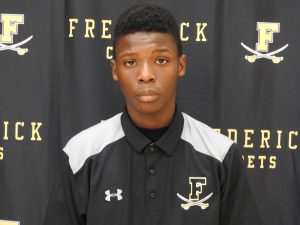 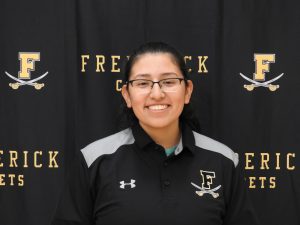