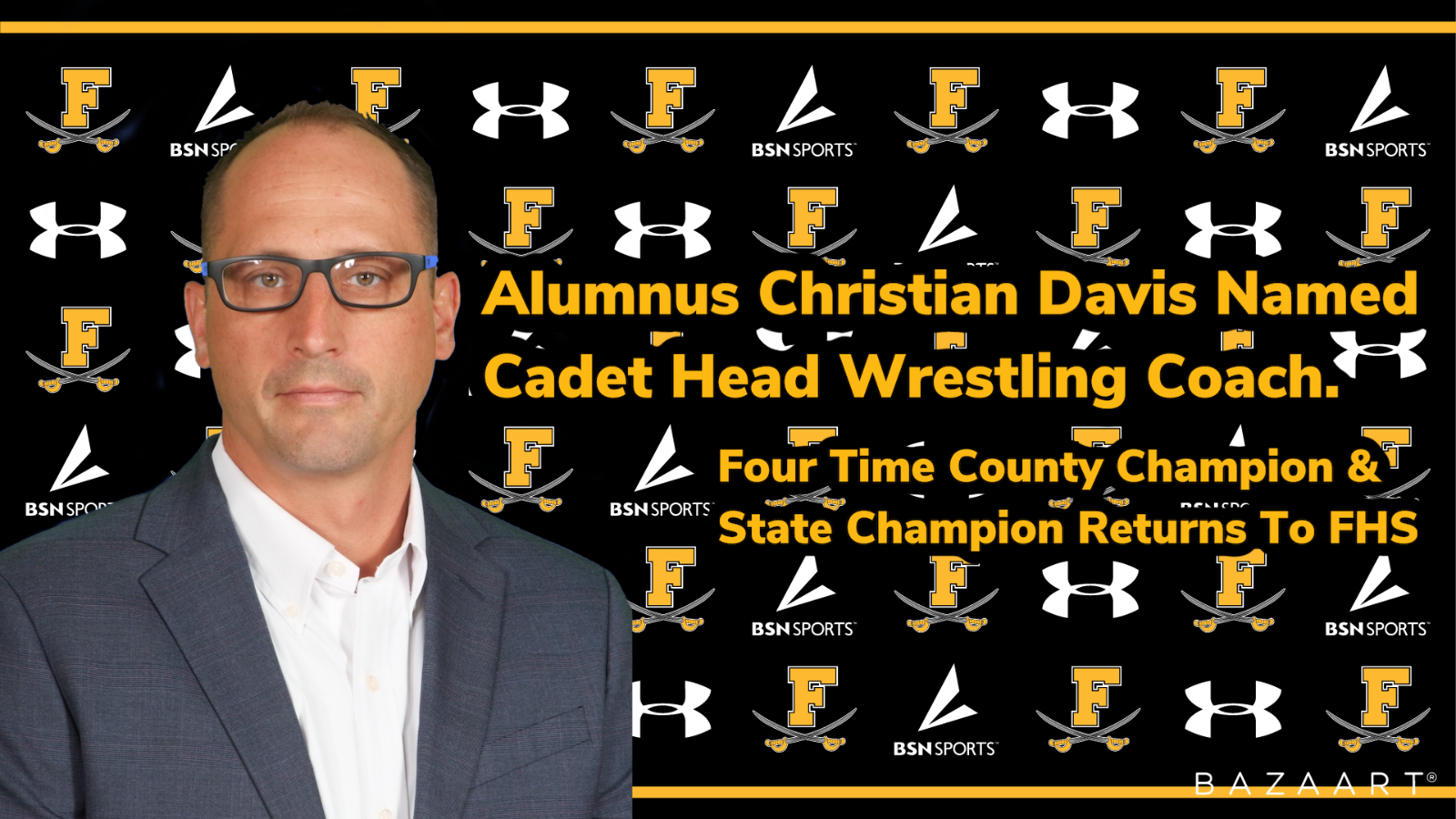 Christian Davis has been named the 11th wrestling coach in the 51-year history of the program at Frederick High School. Davis has been a coach for the Frederick County Mat Club, coaching wrestlers from around the county for over 15 years.

A 1998 graduate of Frederick High School, Davis posted 102 career wins while on the mats for FHS.  In his sophomore year Davis helped Frederick win the 1996 Maryland State Dual Meet Wrestling Title, the programs second and last state team title. Frederick would be crowned State Finalists during a return trip to the state championships his junior year. Frederick would also capture two regional team titles 1996 and 1997, three Central Maryland Conference team titles 1995-1997, and four Frederick County team championships from 1995-1998 with Davis a key piece to the programs success. The Cadet’s 1998 County title was the last time they stood atop the county podium and ended a steak of eight consecutive Frederick County Titles (1991-1998). From 1995 to 1998 Frederick High School amassed a 52-8 team record with Davis in the program.

Individually, Davis was described by a former teammate and three-time county champion as “The most technically sound wrestler the county has seen”. Davis won four Frederick County Championships in 1995, 1996, 1997, and 1998. He was named to the All-Central Maryland First Team four consecutive years and was a Frederick News-Post All-Area First Team Wrestler each of his four years wearing the black and gold.

Christian Davis has used his experience in wrestling throughout his professional life. He is a firm believer that “hard work pays off” and has implemented this practice in his corporate life. Christian Davis was a CEO for a local Frederick business and now works for a Private Equality. Christian believes that wrestling built the foundation for his successes later in life.

The Wrestling Coaching staff will have a in person meeting for students only due to FCPS COVID 19 Guidelines on Monday, October 26th at 5:00 pm, in the FHS Cafeteria, to introduce the Wrestling Coaching staff and to speak about possible workout opportunities prior to the start of the season.  Please spread the word all interested students are encouraged to attend. A face covering will be required to be worn at all times while in the building.  Students should plan to enter the school building on the West Frederick Middle School side of the school.